I decided to flex my maker muscles and create this prop replica three different ways. If you haven’t seen the movie yet, you should. This is the card that Princess Leia gives to R2-D2 in the very beginning of Star Wars: A New Hope that contains the plans to the Death Star. We finally get a close-up of it in Rogue One: A Star Wars Story, and it’s one of those things I just had to have.

The first one I made is sold at auction with half of the total sent to Make A Wish Foundation in Carrie Fisher’s memory.

First, I sanded a sheet of white acrylic with 220 grit to get the paint to stick nicely. Then I covered a large area with blue painters tape, and laser-cut the profile, as well as several concentric circles.
I carefully removed the tape, leaving thin blue areas to mask off sections I didn’t want the paint to get to 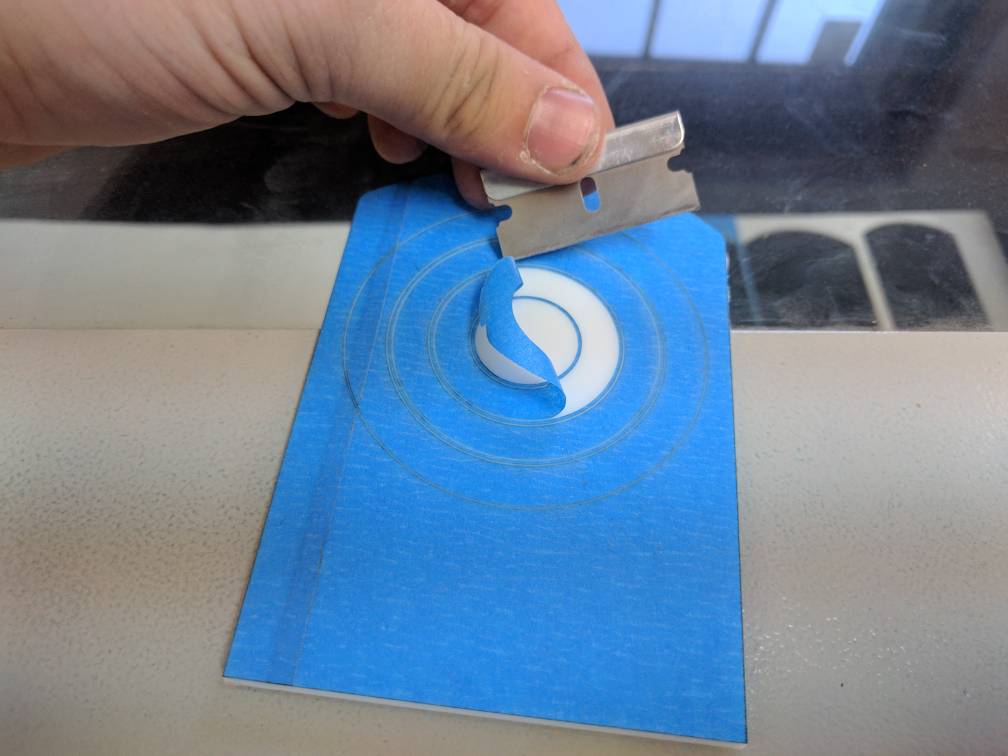 Spray-painted a nice coat with gold paint. The taped off area between the circles block the paint like a stencil. 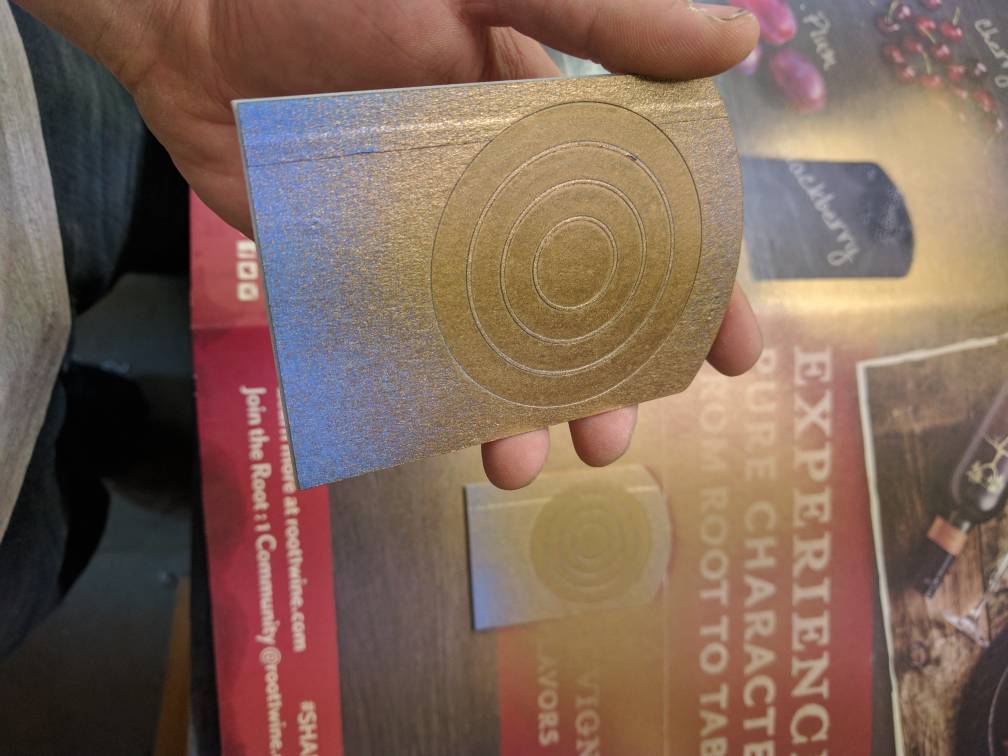 Once the paint dried, I peeled off the tape. 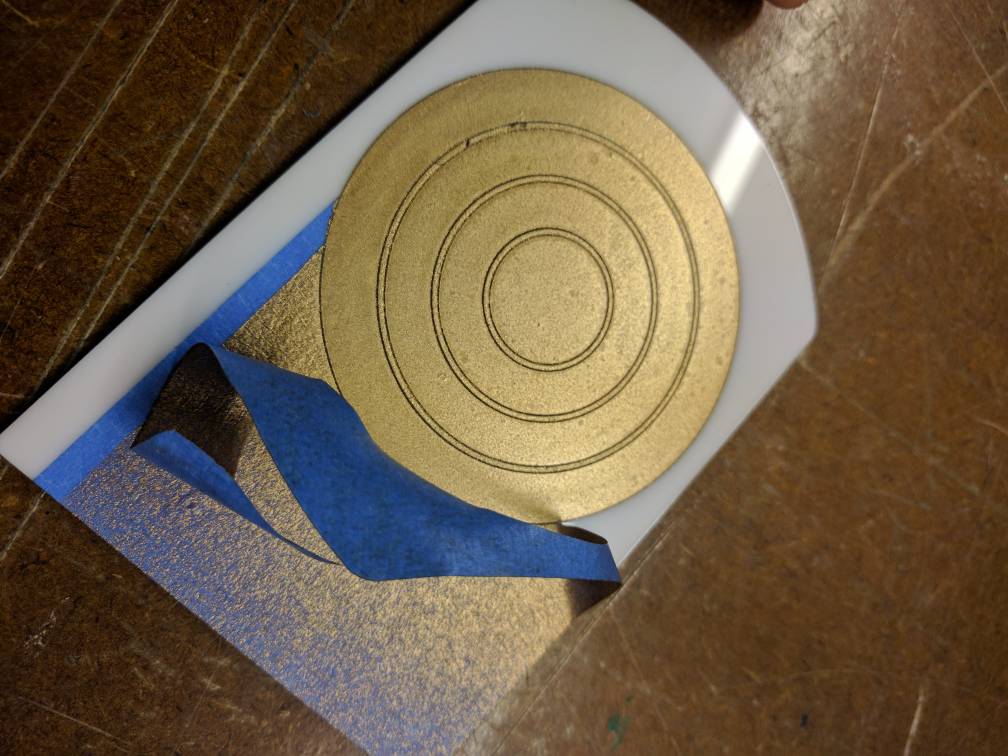 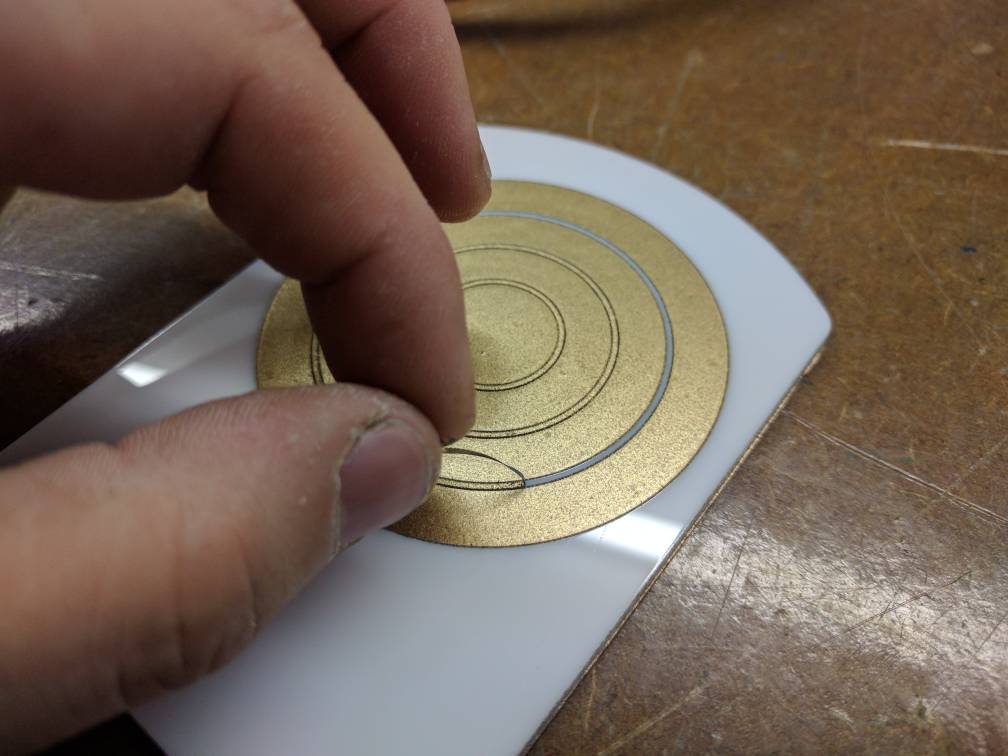 I was careful not to scratch the paint when peeling out the thin areas.
I then cut a piece of black acrylic and used fast set acrylic welder to bond it to the bottom, for a finished piece! I made two this way, slightly modifying the base, and one without sanding the acrylic, so it’s glossier.

The second method uses the laser cutter, a vinyl cutter, and acrylic welder.
We’re using gold vinyl directly instead of using paint. I found measurements for the width of the slot that the R2 builders are using and adjusted the width of my prop for this method to fit in there. I also wasn’t happy with the length and arc at the top so I modified those dimensions. FinallyI tweaked the black bar so you don’t see any white on the side of the black part. 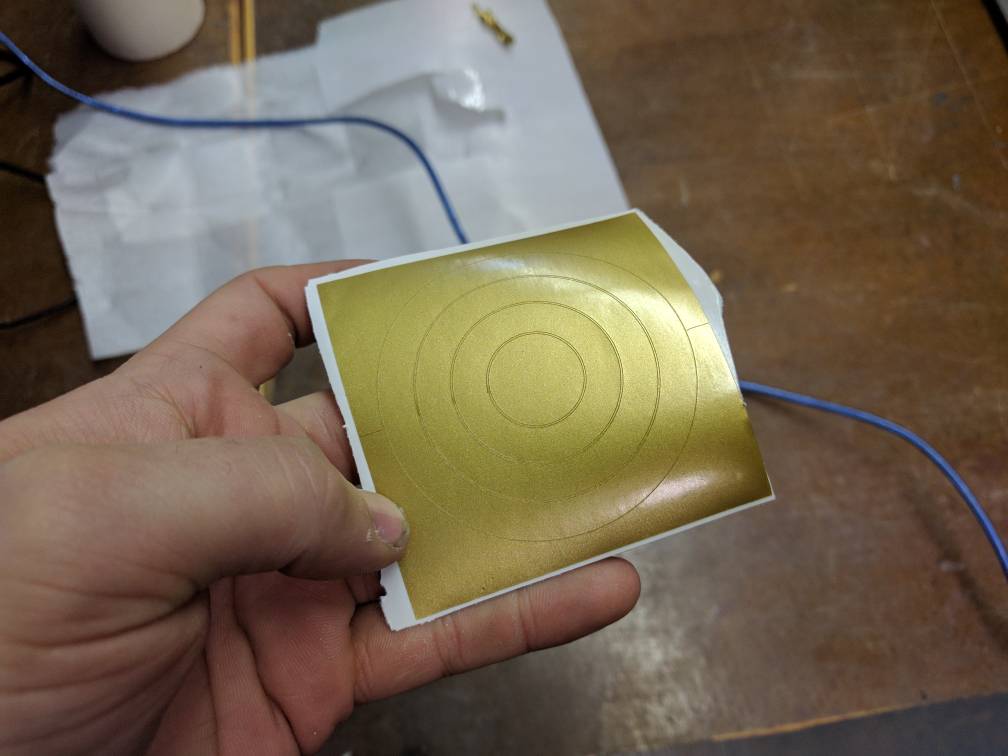 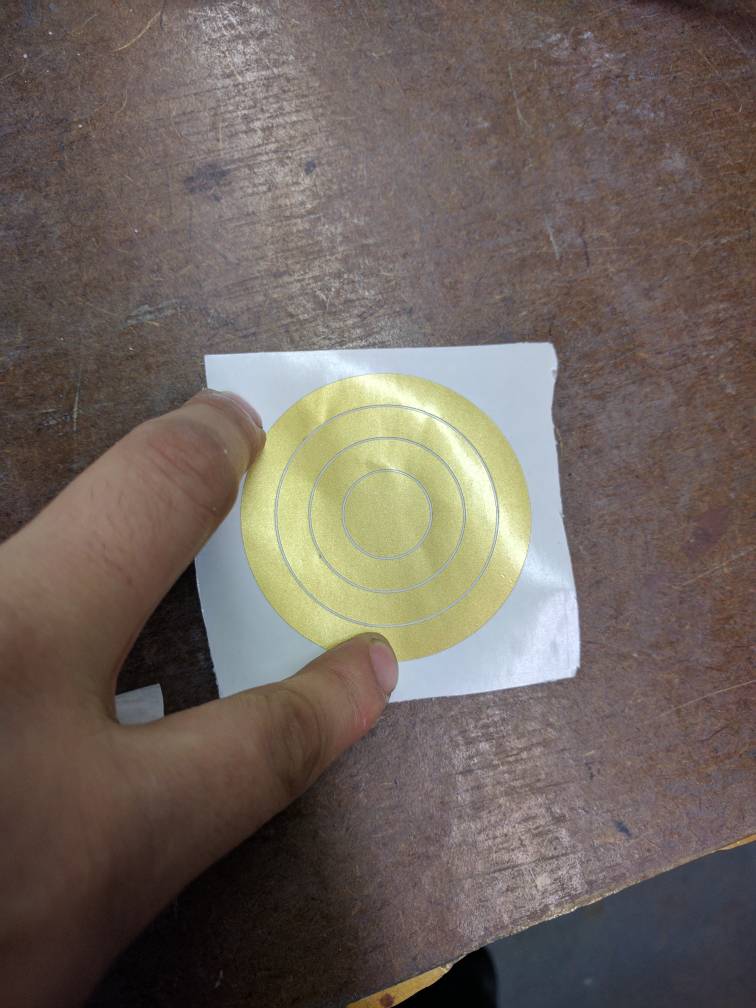 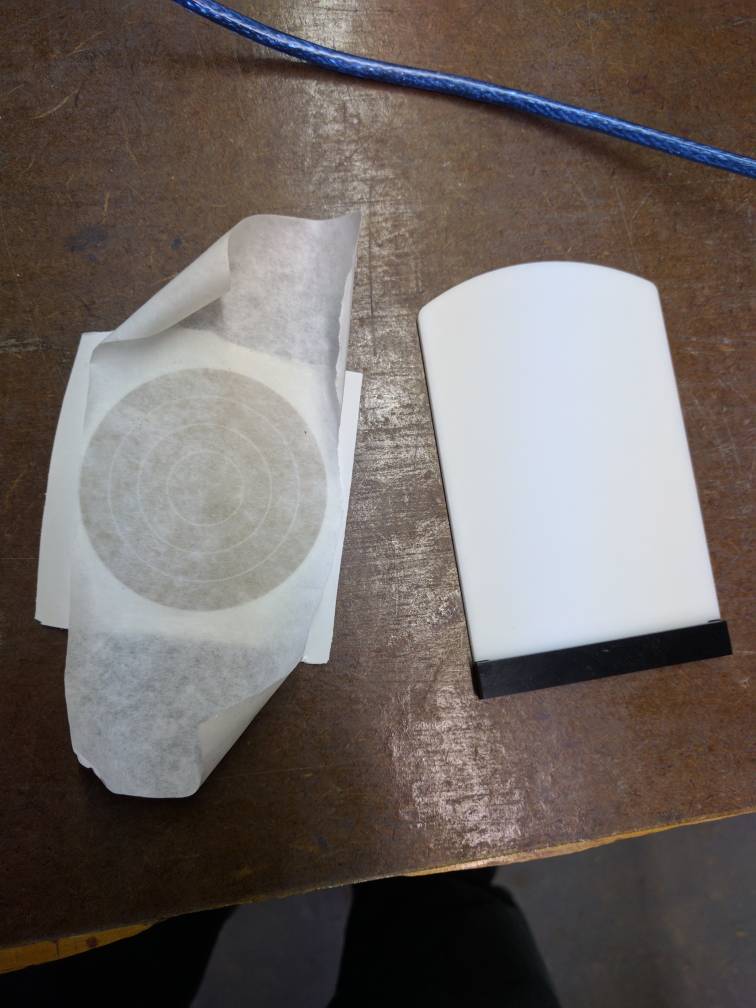 The brushed gold vinyl is still on its way to me, but I like the vinyl better than paint already. Plus it’s easier to do so that’ll keep the cost down. I messed up the placement of the vinyl on this prototype… It’s too high. When I make more of them, I’ll use registration marks to be sure to line things up correctly.  As in the first step, two layers of black acrylic are welded to the bottom. The shape is a little bit different this time to hide the white edge inside the black acrylic.

This way was easier and provided a cleaner look. I think the new vinyl coming in just after New Years will look even better. It has a brushed gold look to it, which I think will look better.

The third way is a whole lot of steps. I routed out the copper PCB, transferred a vinyl sticker to the board to act as a mask, etched away all the exposed copped, remove the vinyl mask, nickel plated the copper, and then gold plated the nickel.

Gluing down the copper board to a base layer 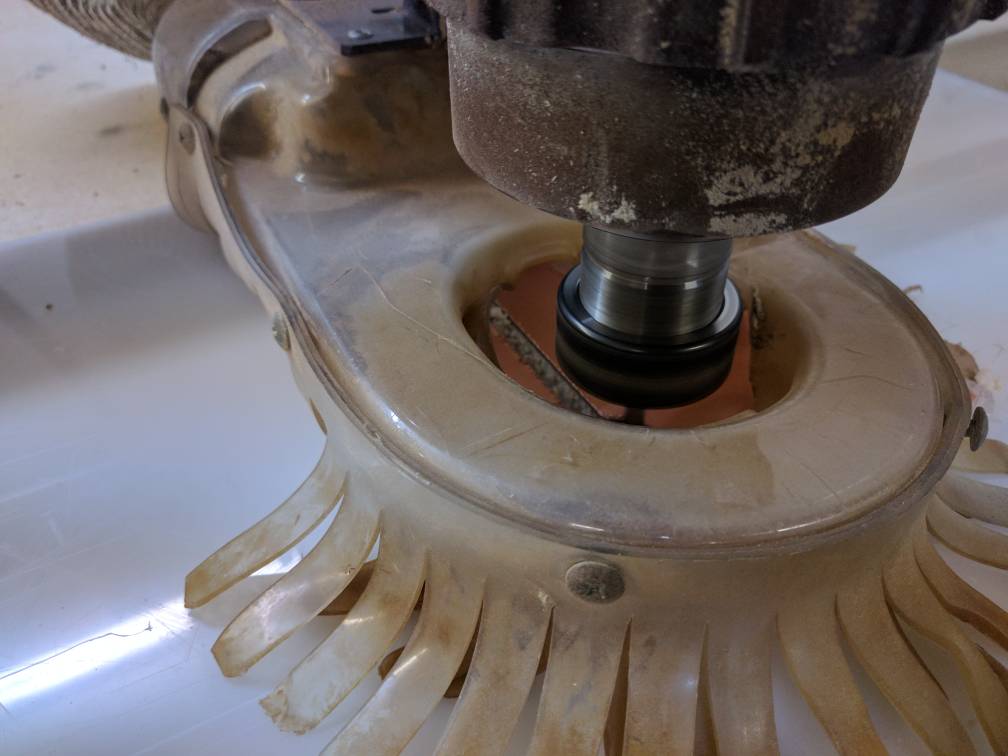 Cutting out the shape of the board with the router 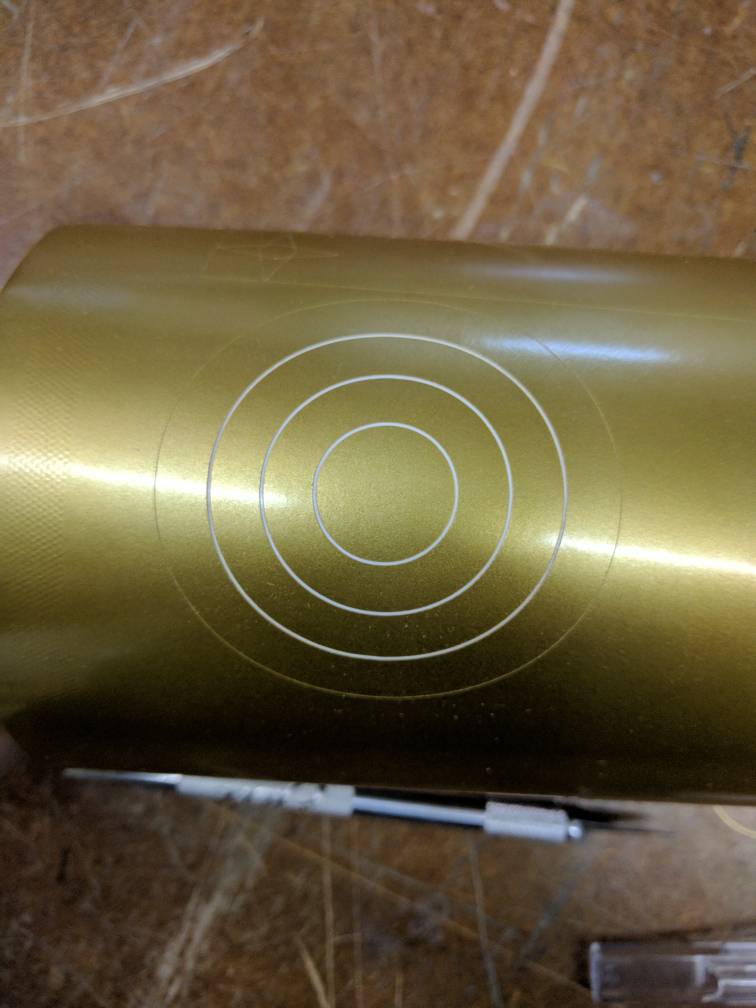 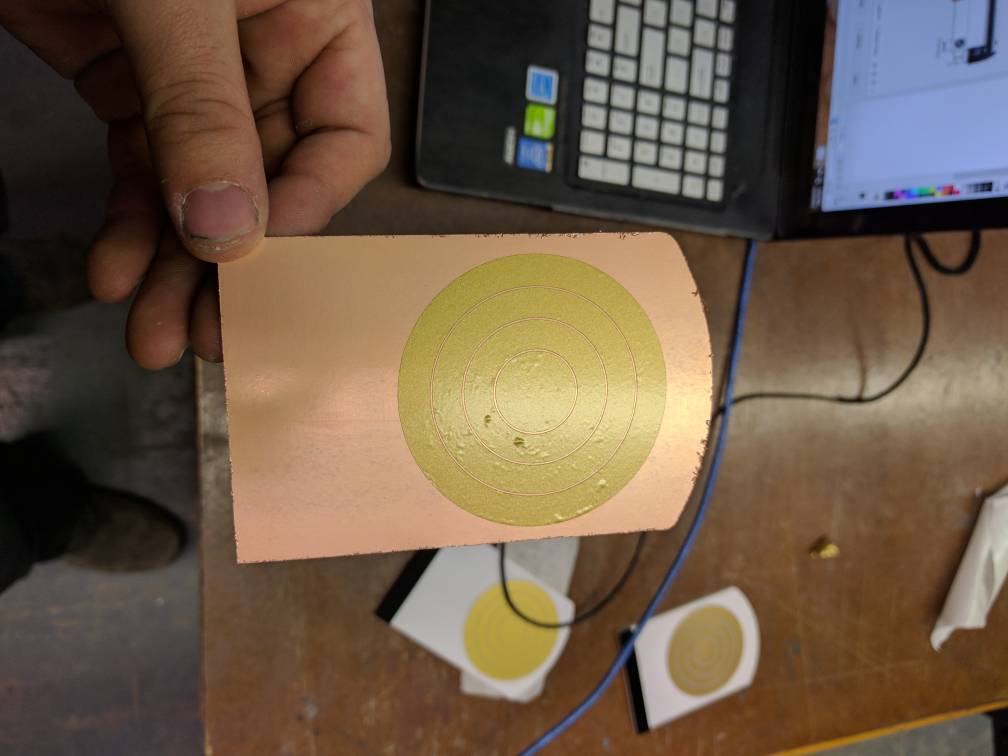 Use transfer tape to move the vinyl to the copper board (sorry it’s not centered! Just a prototype)

Pouring homemade Cupric Acid etching solution to eat away the exposed copper. This is cheaper and more environmentally friendly than the traditional Ferric Chloride method.

Refreshing the solution with more oxygen by adding some hydrogen peroxide 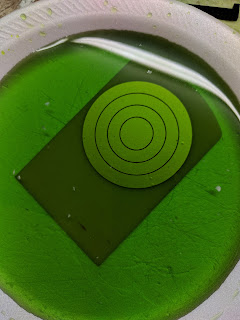 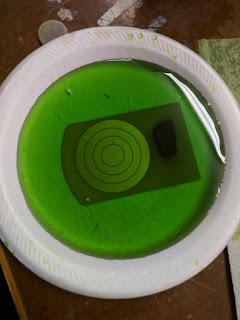 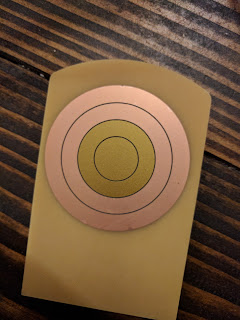 [[I’ll update this eventually with the plating steps.]]

Final version went through a few revisions, but is made of aluminum as the card base, a white layer, and then copper plated with nickel for the trace lines and gold for the central circles. With the details that were view-able in the blue-ray, we got a lot more information. 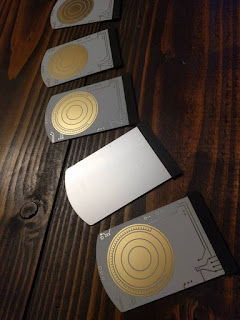 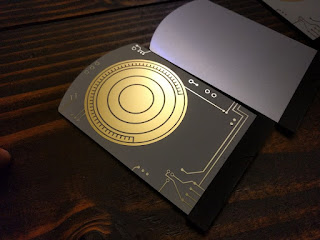 I’ve got these final version ones up in my shop if you’d like one.